written by: Ashley Baker
Braxton and Bri were always just good friends in high school until they discovered that they were hiding their feelings for one another.
“Braxton and I first met in high school,” says Bri, “we hung out often and we just became really good friends.”
It turns out they both liked each other as more than just friends.
“We had a secret mutual crush on each other, but the timing just wasn’t right for us to date, so we never did,” she says.
A few years after they graduated high school, they were able to rekindle their sentiments.
“We reconnected after Braxton returned home from his two-year LDS mission,” she says, “We instantly became friends again.”

Braxton and Bri went on a camping trip to a pond with some friends. A few days into the trip, they plotted some alone time together. The two took off to the pond together, leaving their friends back at the camp.
“One night, we ventured off on our own and then we decided to jump into this beautiful, moonlit pond.” It was that moment that they realized they were soul mates. “That weekend, we both felt things shift and our relationship changed,” she says, “we went on our official first date a week later, and we were inseparable for the rest of that summer.”
Braxton and Bri were engaged by November and married the following May.

“I wanted our wedding to have a timeless feel: romantic and elegant,” Bri says. “Braxton and I both love the city so we knew the Capitol would be a great place to host our wedding reception. It’s the heart of Salt Lake City and it was everything we were looking for.”

A moment of comic relief:
“Since the Capitol is a state landmark, we had about one-hundred tourists crash our wedding. They were taking pictures of the Capitol and our wedding!” says Bri. “They must have been touring the city and since they were so enthusiastic and kind we couldn’t be mad about it. They didn’t stay long, so it’s just a funny memory we’ll always have from our special day. It was the best day ever.” 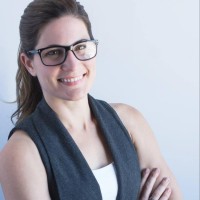 After the Honeymoon: THE NEW AMERICAN DREAM IS LIVING BETTER WITH LESS