Jillian and Jacob met in 11th grade at Dreyfoos School of the Arts in West Palm Beach, Florida. Years later, their journey took them to Utah where Jacob proposed to Jillian while fly fishing on the Provo River over Labor Day weekend.

After a ten-year courtship, the Florida couple chose Park City for their destination wedding. Jillian’s family had been traveling to Deer Valley to ski since 2002, so once Jacob and Jillian began dating, Jacob naturally joined in. “We felt it was only perfect to share our favorite destination with all of our friends and family from Florida,” Jillian says. Jillian’s dad hosted a golf day at Promontory Ranch Club for the gents on the Friday before the wedding. Later that night, Jacob’s parents hosted a rehearsal dinner and welcome party at High West Distillery’s Nelson Cottage. The couple married on Jillian’s parents’ wedding anniversary, which fell smack dab in the middle of Park City’s wildflower season and July 4th celebrations.

“Empire Lodge typically looks like a ski-lunch spot, but Hoopes Events and Deer Valley transformed it into an elegant, rustic-chic environment,” Jillian says. “Most of the color came from the beautiful flowers–including eucalyptus–and the blues in the hydrangea, delphinium and thistle flowers.”

Deer Valley offered up: charcuterie, shrimp skewers, bison empanadas and wild mushroom flatbread as appetizers; a first-course butter crunch salad with strawberries, pistachios and feta cheese; Niman Ranch tenderloin and crab-crusted Utah trout as an entree; a stacked vegetable Ratatouille as a vegetarian option; a selection of mini pastries; and grilled cheese and fries for a late-night snack.

Heartfelt toasts, a traditional Hava Nagila and a vintage VW van Photo Booth entertained the guests, as did the music. “We spent a lot of time discussing our music ideas with DJ Pauly. Everyone danced the night away, so I know it was enjoyable for all of our guests.”

Following the wedding, the newlyweds traveled to Jackson, Wyoming for a mini-moon, where they enjoyed the Grand Tetons for the first time. Later that year, they spent two weeks in New Zealand, where they road tripped, hiked, ate local cuisine, flew in a small tour plane, went offshore and enjoyed fly fishing. “We cannot wait to return to New Zealand for a future anniversary and complete our tour.” 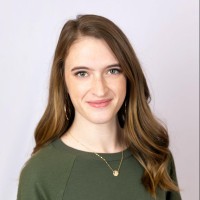